How the Fire Service, Local Officials, and the Public Can Work Together to Withstand the Devastating Effects of a Wildland Fire

They are called grass fires, forest fires, wildland fires, or by a variety of names. Yet, no matter the name, they pose an evolving threat to lives and property in an increasing number of communities across the United States.

Homes near natural areas, the wildland/urban interface (WUI), are beautiful places to live. These pristine environments add to the quality of life of residents and are valued by community leaders seeking to develop new areas of opportunity and local tax revenue, but these areas are not without risk. Fires are a part of the natural ecology, living adjacent to the wilderness means living with a constant threat of fires. Fire, by nature, is an unpredictable and often uncontrollable force.

The concept of fire-adapted communities (FACs) holds that, with proper community-wide preparation, human populations and infrastructure can withstand the devastating effects of a wildland fire, reducing loss of life and property.

This goal depends on strong and collaborative partnerships between agencies and the public at the State, Federal, and local levels, with each accepting responsibility for their part.

Your Role in Fire-Adapted Communities frames the FAC concept and current efforts to define its scope, explain the roles that groups can adopt to improve their fire safety, and provide guidance on future steps. The U.S. Fire Administration (USFA) believes that by reviewing the roles and responsibilities each group can adopt now, communities will become better prepared to realize the FAC goal in the future 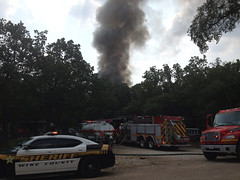 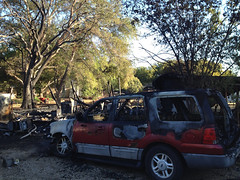 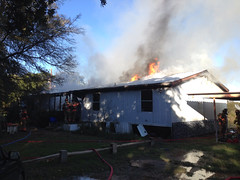